I’ve been binge watching CNN and this whole concept of “loyalty” got me to thinking about a number of things and some of those are actually related to writing (in a round about way).

First, let me say that I believe loyalty is a good thing. I was recently asked to come up with a trait I share with my most badass character. After several days of ruminating over this and trying to think of anything that might fit, the only word that came to mind was loyalty. I really had to dig for that, because I am nothing like the butt kicking lead in the book coming out in July titled, The Organization,  which contains my most badass character. She’s uber cool. I am not. 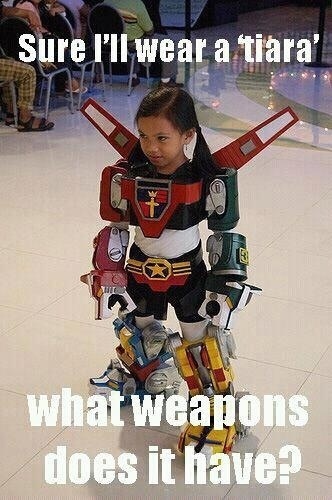 Just for grins here is a clip from that book to show her badassery (I think that’s a word):

Val strode confidently to the front door and pushed the doorbell. Big surprise when two burly men ushered her inside and attempted to frisk her. In less than fifteen seconds, she broke one bodyguard’s nose, wrenched the gun from the other, and pointed the muzzle in his face. She hadn’t done anything particularly fancy—one head butt and a wrenched wrist had done the trick. Val was quick—she was very, very quick.

The bodyguard with the broken nose hadn’t learned his lesson and lunged for her. Without breaking a sweat, Val roundhouse-kicked him and sent him flailing to the ground.

Obviously thinking she might be distracted, the other bodyguard attempted to retrieve his gun, and Val rewarded him with an elbow to the face and the second broken nose of the day. She then shot his leg for having the audacity to try to get his gun back.

Rich baritone laughter filled the foyer, and Val got her first look at Leonid. She was surprised to see the handsome, chiseled face surrounding cold, gray eyes, and her body had an immediate reaction to his laughter. Something about his laugh was familiar, and for a split second, the dungeon from her past flashed before her eyes. Stuffing the fear deep inside, she met his steely gaze with her own penetrating stare.

Val set the gun on the marble pedestal. She removed her backpack, set it on the floor, and proceeded to strip. She noted the bodyguards warily watching as they looked back and forth between their boss and her.

Standing completely naked before Leonid, she stated, “I do not like to be touched. The next time I will kill them. As you can see, I am not wearing a wire, nor do I currently have a weapon.” Val glanced at the pedestal with the stolen gun and smirked. 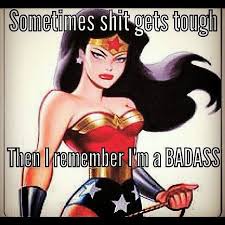 I was born in August, so I am a Leo. One of the prominent traits of that astrological sign is loyalty. Again, I believe in general, loyalty is a positive thing, but at what point does loyalty become something destructive or negative. The breaking news today regarding Trump’s insistence on loyalty, caused me to question some of my past loyalties.

It is considered appropriate leadership to show a united front when the senior leadership team makes a decision, regardless of whether you believe it is the right course of action or not. All concerns should be vocalized behind closed doors. However, let’s face it, the boss often strongly influences those decisions and at times dictates them regardless of common sense. I can remember being asked to negotiate something in a collective bargaining agreement that I thought was wrong, a bad deal for those who were the lowest paid employees in the organization. I got the deal done, but it left such a bad taste in my mouth that I exited the organization shortly after. I could not continue to sacrifice my personal values as a testament to my loyalty to my boss and the rest of the senior leadership team. At what point does loyalty become a step on the pavement to hell. 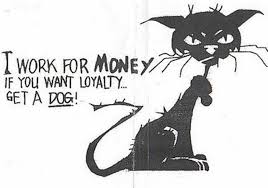 Here’s my conclusion on loyalty. Loyalty is good, blind loyalty is not. When someone you are loyal to asks you to do something that crosses the line, at that point integrity should gobble up loyalty. Saying no to something illegal or immoral does not demonstrate a lack of loyalty, but rather proves the strength of character. I hope I remember that in the future and leave an organization well before following a suggestion or directive I believe is wrong.

Now of course…forget everything I’ve said about blind loyalty if you are one of my loyal followers…y’all can keep buying my books no matter what! Just kidding. Feel free to keep me honest and let me know if I have hit or missed the mark for you! However, in order for you to do that, you’ll have to become a loyal follower…to do that simply click on the links below….