In light of the horrific events last Saturday and the absolutely appalling response from 45, I had to write this week’s blog on this important topic. Don’t let Heather’s death fall into the annals of historical obscurity. I’ve said this before and I will say it again, what we permit, we promote. Staying quiet and hoping things will get better is really not an option.

I am going to admit something that I’m not proud of, but I believe is illustrative of what is possible. In my youth, as I was trying to come to terms with my sexuality, I attended a lecture that the Gay Alliance (that’s what it was called way back then) sponsored. I attended the lecture to get credit for a class, and I suspect because I was curious. Although I wouldn’t ever have admitted that at the time. Instead, I fell into the trap of self-loathing and spouted along with my friends a bunch of truly hateful slurs. I was only eighteen, but I should have known better. My parents did not teach me that hatred. Unbelievably, I think I may have vaguely alluded to carrying some type of defensive weapon, you know just in case one of those evil lesbians tried to convert me to win that toaster oven. I will tie this in later, I promise.

I remember when my mother said, she’d rather I be a whore on the streets than gay. I didn’t say a word. 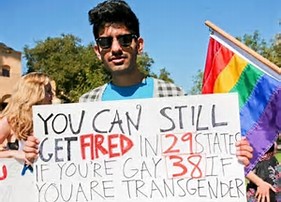 When I attended my grandmother’s funeral, all of my aunts, uncles and cousins were talking about the disgusting way that Ellen Degenerous was parading her sexuality in front of everyone. I kept quiet.

When my father who was the ultimate liberal in our family expressed his opinion that the military should keep gays out because it was a distraction, I finally found my voice. This was at a time when both parents had, I thought, come to accept me and my partner at the time. I was flabbergasted by his statement. I was equally flummoxed that both my parents believed in “civil unions” but not same sex marriages. I found my voice again. 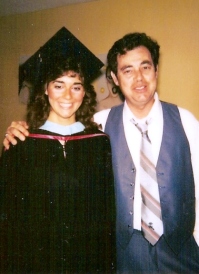 I provide all the above examples because in each circumstance, something has made a difference to those antiquated views. Let me provide the updates:

We must persist and continue the fight to hold our ground and move forward because changing views are possible, but it won’t happen in a vacuum of silence. Let our peaceful voices of love and moral right be heard above the din of hatred. Don’t let 45 take us down that horrid path to any kind of hatred, including self hatred.

What we permit, we promote. Please don’t stand idly by and promote hatred, racism, sexism or homophobia. Authors, use your pens. It can be a very influential way to educate when done with love and compassion. I believe it is possible to change, there is proof of that all around us. The neo-nazi who no longer has those hateful views is a beacon of hope. I will continue to use my pen in the hopes that something will shake loose for a person on the edge of enlightenment