I was going to write about something a lot more fun (the size of a person’s clit and what that means), but this topic surfaced for me, so I had to go there. Don’t worry, I think I will try to write that one next week.

Over the last few years, I’ve noticed an increasing number of posts stereotyping Americans. I’ve made the grave error of responding in hopes of gently educating people on the dangers of stereotypes. Epic fail in almost every circumstance because I probably wasn’t communicating well (sometimes socially awkward and sometimes not very good with my words). Usually the stereotype included the word, arrogance. There is a hashtag out there #americanstereotypesarereal.  I should never speak for others. So, I will speak for myself. It hurts every time I see this stereotype posted and perpetuated with additional negative posts in response. It feels like the posts become fact. I shouldn’t take them personally. I know that.

Ironically, my challenges are perceived as “white privilege” and American arrogance. I am deeply saddened by this. Clearly, I have done a poor job of expressing myself. Not an excuse, merely an explanation. For those who know me, my intent is never to be offensive. Ah, but intent and impact are clearly two different concepts. 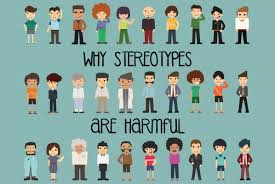 I believe America’s strength is how diverse we are as a nation. The stereotypes are perplexing to me. There is not one race, age group, religion, gender identity, sexual orientation, shape and size, ideology or any other thing that would tend to lump all Americans into one group. I have not visited every country, but I suspect that may be true for every nation.

I went to school in Brighton England back in 1979. The prevailing stereotype of American women was that we were “easy”. At nineteen years old that was a really bad thing to have to combat every single time we went to a pub to enjoy a pint. I wanted a pint, not a roll in the hay. We laughed it off, but the effect was rather difficult to manage in reality.

I believe very strongly that stereotypes are bad. Some may be less harmful than others. But, stereotypes, particularly negative ones, often lead to bias. And, bias leads to inequities, violence, discrimination and a whole lot of other nasty shit! There are so many research studies out there that back up this notion. Go ahead and Google it. I did not have enough space to provide the info, because I have so much more to say about this topic. 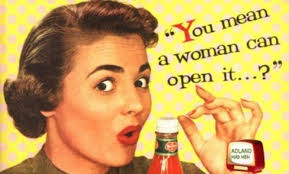 Do I engage in stereotyping? Probably. And, when I do, I sure hope people will challenge me and bring that to my attention. I don’t like Trump’s policies or his rhetoric. I was saddened to learn that some of my family members probably voted for him because his policies negatively impact many people and will undoubtedly negatively impact me personally. I felt like it was a direct hit to me and my relationship with my wife. Are Trump, and his supporters, racist, homophobic, misogynists? I’ve probably thought that and believed that. However, the facts are that Trump and some of his supporters (no-one has followed the millions around every second of every day to know) have made racist, homophobic, misogynist statements. The stereotype that Trump supporters are uneducated, racist, misogynist, homophobic men and women is unfair to label on all 63 million people who voted for him. I am going to make a concerted effort not to stereotype or label Trump supporters. Instead, I can challenge the statements, not the human beings. Separate fact from fiction. Facts are the statements made; fiction is labeling intent to those statements. We cannot possibly get inside their heads to know the intent. Head hopping in fiction writing is considered something to avoid. In my experience, assigning ill intent (hopping into another’s head) is destructive to positive human relationships and interactions. Assuming ill-intent has been the root of many conflicts in the workplace and probably in the world at large.

Whenever I engage in an “us versus them” dialogue, I lose the part of myself I want to retain—my ability to empathize and my humanity. Every single time I look for ways to distance myself from others by highlighting those differences through negative stereotyping, I miss the opportunity to connect to them as human beings. Here’s what I know about every person in this vast world of ours. We have the commonalities of experiencing the same emotions: love, joy, sadness, anger, forgiveness, hate, etc. These are universal. No matter our differences, I believe we can connect with others and relate in ways that are profoundly human rather than as _____(fill in the blank on whatever group you belong to). I cannot possibly understand someone else’s experience when I have not walked in their shoes, but I can try. I should try. I want others to help me, not push me away and label me. The conversations may be difficult and yet I believe it will make me a better person in the long run.

There is a great debate about writers needing to stay in their lane. Americans should not write British characters and visa versa. White writers should not write about persons of color. Men should not write about lesbians. Lesbians should not write about bi-sexuals or transgender experiences. The list is endless. One of my all-time favorite books, Yellow Raft in Blue Water, was written by a man. The book is a masterpiece in my opinion. The story is about three generations of Native American women and demonstrates the concept of empathy in a way that is unsurpassed by anything I’ve read thus far. Who knew a man could write this book? See stereotype…bad. Most of the time, I stay in my lane and write what I know about people, places and things I have experienced in my life. However, on occasion, I’ve driven outside that lane. I don’t know if I’ve done this well or not, but I hope I am given that freedom. Good thing we are less judgmental regarding lesbians writing about serial killers. If we were, all those thrilling books would never have been written! I’ve got to believe not all lesbians are serial killers…

Wanna know how I’ve sometimes driven in another lane and hopefully didn’t kill anyone, you know the drill…click on the links below.

Artist Free Zone still on Kindle Unlimited and cheap at $4.99.

Our good friends took us out on the pontoon boat! In Kentucky now for a few days. What a great evening. Monitors, hard cider and so much fun!