I don’t know how many of you remember the campy soap opera Dark Shadows that was popular in the late 60’s to early 70’s. I am certainly dating myself when I say I used to watch this show. Imagine my utter joy when there was a remake of the popular show in the early 90’s. I religiously watched that first season and waited patiently for the story to continue. But, guess what? The series never returned and all the fans were left hanging. I was so pissed. I tried very hard to discover what had happened to the series. Unfortunately, this was back when the internet was in its infancy. I couldn’t google it.

Nearly 20 years later, I did some research because I was curious after catching the over the top campy remake of the Dark Shadows movie with Johnny Depp. Of course, the movie was nothing like the original series or the spectacular remake. All I could find out about the remade series was that it was canceled due to low ratings after only one season. Canceled even after the series had snagged two Emmys (okay maybe they were for hairstyling and costume design, but still). Well, duh. I could have figured that out. So what does this have to do with writing you ask? Now, you know, I always get there…be patient.

I think book series sometimes fall into the same conundrum as my beloved Dark Shadows series. The Dark Shadows remake had rabid fans who wanted to see the story continue, but there weren’t enough fans to make that happen. There were even fans who picketed network headquarters. Sometimes, I start to read a series and I am profoundly irritated when the author leaves me hanging and never finishes the story. This happens more often than I would like. I’m sure there are varied reasons for this, but there is one reason I think I understand now. 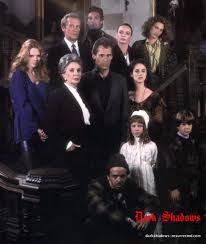 I’ve been told that with each book in a series, you lose readers. While the first book may be wildly (or in my case marginally) successful, often readership declines. No matter how many people cry, we want a sequel, that does not guarantee the success of the next book in the series. This is why I tried to avoid writing sequels or series books. I failed. Because I am a weak, weak woman. 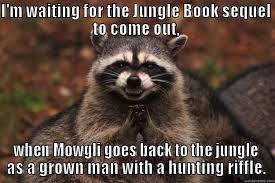 Unfortunately, I am feeling the pain of that phenomenon and wondering why in the world did I capitulate and continue the Asset Management series. No writer wants to see their book go splat. I am going to tell you why I persevered knowing full well it would not end the way I wanted. Because of readers like me who deserve to find out what happens to the characters they get so invested in. I promised to finish the story and give Dani her happily ever after. I did not quite get there in The Book Witch, so I wrote one last story. The fate of that story is unknown, but I won’t do the same thing to you as those Dark Shadows network jerks did to me. I will find a way to get that final book out there, even if I have to give it away!

The message I have for writers who decide to say screw it and don’t complete their series, I hope you will reconsider. Perhaps the best reason is to thank those loyal readers who do stick with you through thick and thin. They deserve that final book, even if it means a loss. 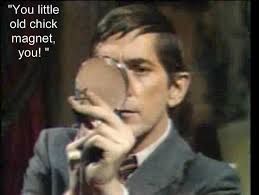 If you want to continue the story with Asset Mangement, especially if you were one of the readers who said, I want a sequel be sure to read The Organization, The Thanksgiving Baby Caper and now, The Book Witch. Look for Compound Interest down the road, because I’ll find a way. I’m nothing if not someone with incredible stubbornness and perseverance!

So…you know the drill, click on the links below!