Romance writers should be able to think creatively about Valentine’s Day and offer an over the top romantic experience for their one and only. Dang. I fall extremely short on this expectation.

My wife, on the other hand, is wonderful at this. Every year she sends me the most beautiful box of chocolates. I’ve done the same for her on a few previous Valentine’s Days. This year she asked me not to, probably because I end up eating hers as well as mine (except for the ones I don’t like). 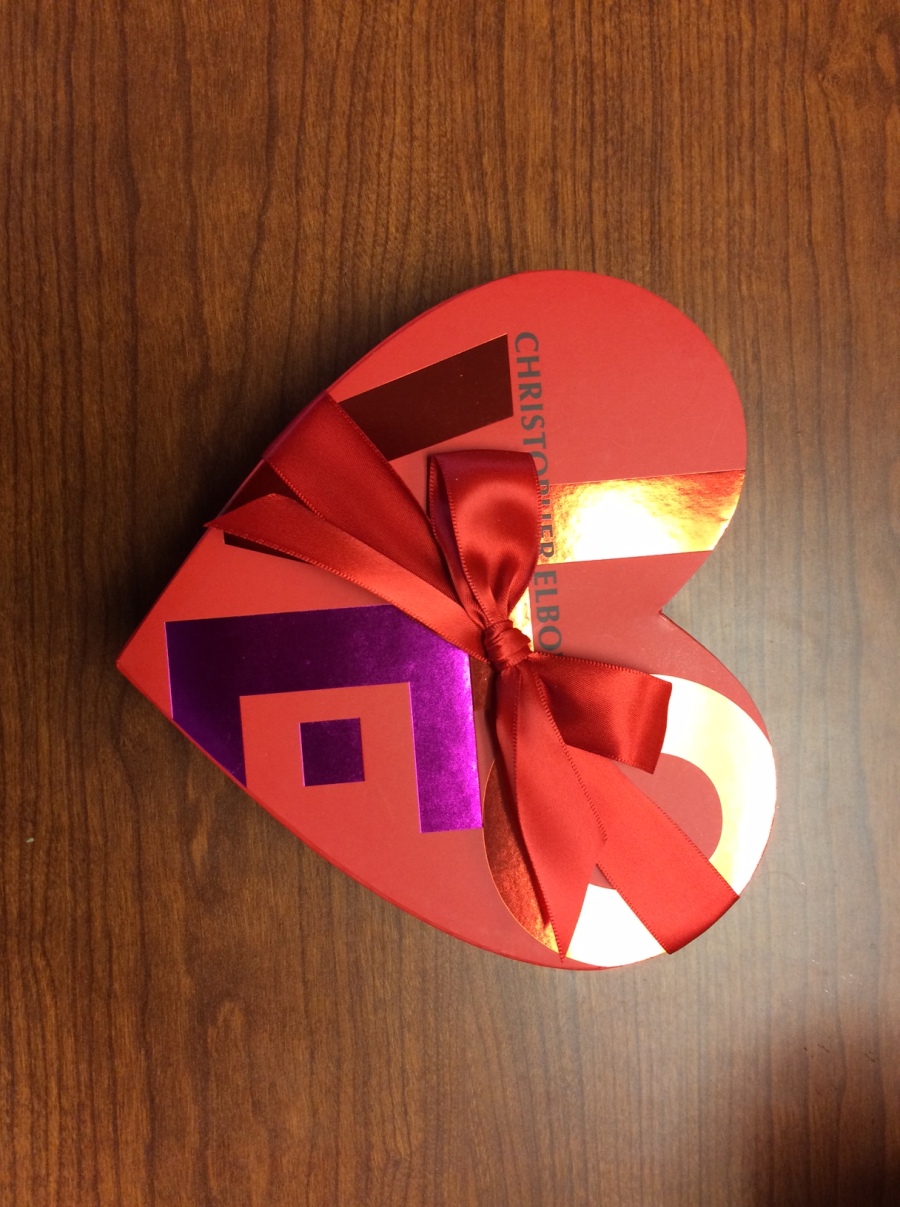 A co-worker of mine joked, “Life is too short for cheap chocolate.” I had to use that in a book and here is the excerpt for what I hope will be an upcoming novel titled, The Review.

Jasmine glanced at her watch and noted the time. In thirty minutes, she would be face to face with the object of her desire. She’d probably say something stupid and the rest of the day would be awkward.

Jasmine wracked her brain to come up with a clever greeting. She glanced over to her neighbor and her gaydar pinged loudly. She could tell that someone had neatly pressed his shirt and styled his hair perfectly in that messy, but controlled way that many gay men always insisted on achieving. He had those prissy mannerisms that screamed persnickety. Since no one else was around to give her solid advice, she tapped the young man on the shoulder. She didn’t know why of all people she’d want his opinion, but she was desperate.

He smiled at her and pulled out his plugs. “You still look scared. Do you need a distraction or something?”

“Can I ask you something?”

“Only if we learn each other’s names first, because I don’t talk to just anybody on an airplane. Preston at your service.” Preston held out his hand and Jasmine tentatively shook it.

“Okay, shoot since it appears as though our conversation has distracted you from your previous panic attack.” Preston grinned.

“What would you say to a woman you’re about to spend the weekend with, that you’re secretly in love or lust with, but she doesn’t really think about you in the same way and you were only invited because you won a contest. I need a good line or something. She’s a writer, so words matter you know,” she blurted out.

“Wow is she famous or something?” Preston asked.

“Um…yeah kinda, I guess, but in a limited, sub-culture kind of way. You know, lesbians might know her, but you wouldn’t. Her name is Silver Lining,” Jasmine clarified.

“Nice name. I suppose it’s a pen name. Anyway, I suppose that makes sense since you said it was a woman and I’m guessing you’re gay. So is she hot?”

“You going for respect or I want to jump your bones?” Preston asked.

“Well, we kinda have an internet friendship. We’ve been corresponding for five years now,” Jasmine explained.

“That’s a long time to have that kind of friendship and you said this was a contest or something. Are you sure about that? I mean, contests don’t usually entail spending the whole weekend with a celebrity. Maybe she wants something and the contest was just a ruse.”

Jasmine scrunched up her face. “Do you think that’s possible?”

“You ever met her in person before?”

“Yes once. It was five years ago.”

“Yeah I definitely think it’s possible. Look, you’re drop dead gorgeous and if I wasn’t gay myself, I probably would have tried to hit on you. I think it’s a fair assumption that she might hunger for you as much as you’re lusting after her.”

Jasmine blushed. “Hmmm. I suppose it’s possible she rigged the contest. I’m a beta reader for her and she knew it was a likely outcome that I’d be the first one to post a review once she’d tossed out that challenge. I still need some advice on how to greet her. I’m about ready to piss my pants here. How can I dazzle this woman right from the start?”

“If you’ve been friends for five years now, how come you haven’t tried to hook up before now?”

“She was happily married.”

“Her wife died three years ago and she hasn’t really come out of hibernation until now.” “Hmmm…that puts a whole new spin on things,” Preston stated.

“Oh God, I am so pathetic. I’m asking a complete stranger about how to go about impressing a woman I’ve only met once, who still mourns her dead wife and lives two thousand miles away in some tiny town in Washington,” Jasmine blurted.

“Again, breathe. I’m not a complete stranger now. Girlfriend, now that you know my first name we’ll be besties for life. Okay, listen closely cause I’m giving up my best stuff here. Greet her with a hug and hang on just a few seconds longer than normal. Hand her the expensive chocolate and say, life is too short for cheap chocolate.”

“What? I don’t have any chocolate and that’s the best you got? Won’t that life’s too short thingy remind her of her wife? I don’t want to make her any more melancholy than she already is, and trust me she’s not the same woman I met five years ago. I think a part of her died with her wife.”

Preston slapped his hand across his chest. “Oh that is so sad and tragic. Don’t worry about the chocolate. I was supposed to bring my boyfriend back some Christopher Elbow Artisanal chocolate. They make it right there in Kansas City, Missouri.” He waved his hand. “Anyway, he’s getting a little pudgy, so he definitely doesn’t need any chocolate. You’ve just given me a great excuse for why I’m not bringing any back for him and I won’t have to say anything about his expanding waistline. He’s a little sensitive about that.”

“That’s awful nice of you to offer, but are you sure about that line. It’s kind of odd. You got anything else in your arsenal?”

Have I mentioned how much I love chocolate?

If I was a poet instead of a writer, I would pen a beautiful sonnet for my wife, but I’m not even close to poetic with my writing. I have an unconventional, colloquial, and sometimes humorous writing style. I don’t create beautiful prose like some of my colleagues. Of course, I dedicate every book to my wife, but somehow that doesn’t seem enough for what she has to put up with.

Over the years, I’ve always told her to buy whatever she wants…within reason. A new iPhone…done. A new iPad…done. A new Apple PowerBook…done. Are you sensing a theme here? We own Apple stock. A new Tesla…um…no! However, these kinds of gifts are not original.

I love my wife to pieces and I suppose the best thing I could give to her for Valentine’s Day is my undivided attention…no writing…no messing around on Facebook…no editing…a computer free weekend. So that’s what I’ve decided to do. I guess I’ll chat with all of you after the weekend.

As my gift to you, I would like to give away two FREE e-books. Please post a comment here or on my Facebook page telling me three things: 1) In a sentence or less what does love mean to you; 2) Your e-mail address; 3) Preferred e-book format. My wife will pick the winner. If you already have all four of my books, then I’ll do an IOU for my upcoming novel, The Ultimate Betrayal coming out in June. Happy Valentine’s Day! 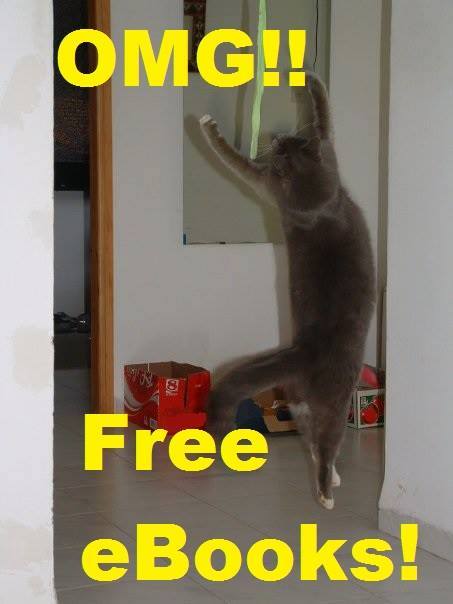 If you want to read a love story over the Valentine’s Day weekend, take your pick – all of my books have a love story embedded within.