The other day I was talking to a friend of my wife’s and educating her on the economics of being a full-time writer. She was under the erroneous assumption that I was making a good living as a full-time writer ever since my early retirement. My wife corrected her and because she had more questions, they called. She asked some interesting questions.

She wondered why I had to focus on the lesbian thing. She believed that might turn off some straight readers and if I had a broader readership, then maybe I could make a living. I replied, but I am a lesbian and that’s what I write about. Truth in marketing and all that. I also said that while my books do have lesbian romance in them, they also have stories that would appeal to non-lesbians. Or at least I think they would. I also said I do have straight readers, both male and female. Finally, I said, “You know, love is love and that has broad appeal.” She was honestly looking for ways to help me out and increase my sales.

This whole discussion got me to thinking and I decided to go live to get other comments but in my excitement to talk about the topic, I did not consider the time of day…not too many takers in entering into a lively discussion. I wanted to know if lesfic authors should categorize their works as other than lesbian. For example, Asset Management and The Organization are clearly action thrillers. Should I put them in that category? There is a major part of me that says,  nah…because if everyone did that, how would I find all the lesbian fiction?

Nearly 99% of what I currently read is lesbian fiction in all its varieties and if I have to comb through the straight fiction to find it because blending in and being mainstream is more lucrative, that would be sad. I think I’d rather keep my lesbian tag.

Of course, the other thing lesbian authors could do is write straight fiction or m/m fiction, but my answer again is, “But I am a lesbian.” Why would I do that? I would have absolutely no idea how to create a sex scene that feels authentic. Nope, not gonna do that either. 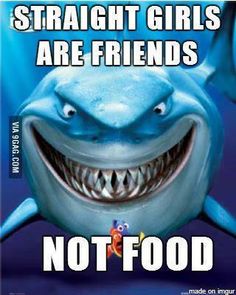 Here’s a thought. What if lesbian authors did mash-ups?  No…not the kind of mash-up I’ve talked about before, but rather a tag mash-up. Amazon has three possible tags to put a book into, so maybe one tag is lesbian romance, another is action-thriller and the third lesbian fiction? Or some other combination. Perhaps I will float that idea to my publisher and see what they think? What do you think?

If you want to read my lesbian-themed books, you know the drill…

5 thoughts on “But I AM a Lesbian”