Sometimes my curiosity gets me in trouble. This past week I posted a question that inadvertently took the responses in a direction that was unintended. I wanted to know people’s thoughts on body hair and should have asked the question differently.  I did attempt to lead the discussion in a positive direction by reframing the question. However, I take full responsibility and was appropriately reminded that anything that might lead to body-shaming is not at all a good thing.  Later I will share my research on body hair, but that is not what this blog is about.

The discussion got me to thinking about all kinds of things, like where do cultural norms come from? Do they change over time? But the real question that stuck out in my mind was this one: Is it ever appropriate to name and shame?

Before all of you resoundingly say, hell no, wait a moment and consider this culture we are now in and the power of the smartphone. These days, everything gets recorded, including when someone acts like an asshat. Things roll around on twitter, Facebook, Instagram, etc. like balls in a wildly spinning chamber.  Consider all the efforts to hold Hallmark accountable for their poor decision on the wonderful and tasteful commercial featuring two lesbians. Or, how about all the pressure on Chick-A-Fillet? 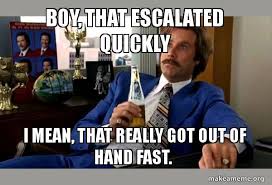 The line gets extremely gray sometimes. I’m guessing most of us would agree that outing someone is not cool. Right? But, would your view change if said person was an outspoken politician against LBGTQ+ rights? The ‘Me Too’ movement was born out of naming and shaming. I say this, again and again, what we permit, we promote. Calling out some things, such as bad or harmful behavior is always appropriate in my humble opinion. I guess I believe motives matter. Shining a light on atrocities is naming and shaming I will always get behind because it can lead to positive change. The key is to not fall into the trap of personal attacks that aren’t at all productive. Hard, I know!

Now, let’s get into the crux of those gray areas.  I am thankful that for the most part, many of us agree that body-shaming is not appropriate. I don’t believe the same is true for intelligence shaming. I don’t see the same defense of people when there are posts about stupid, fill in the blank.  Perhaps I am sensitive about this because I often see Americans as the target.

Have you seen those shows where people are interviewed and most of them can’t identify a single country? Or when asked civics questions, they have a hard time with what some arbitrary expert considers the most basic question? The shows are designed to name and shame people for their lack of knowledge of a topic an “expert” believes is appropriate to know about. Personally, I hold teaching kindness and respect a lot higher than geography or civics. Do they still teach civics? 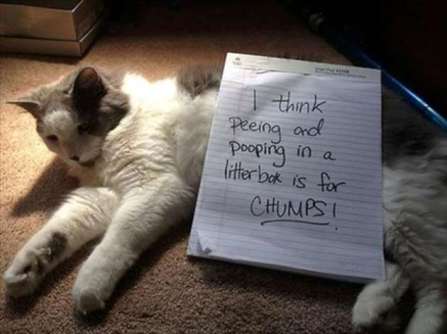 The other thing I believe might be good to remember, is that not everyone has the same opportunities for education. Just a thought, but consider that intelligence comes in many forms, not simply in book learning or knowing geography. A person with a learning disability or a person who might score lower on an IQ test could also have incredible insight that a genius might lack. Gifts come in many forms.

One last consideration on intelligence naming and shaming. I read a lot in social media on the routine attacks against Trump with his spelling, alternate facts, etc? Don’t get me wrong, I am not a Trump fan at all, but for some reason, it is a little more okay to make fun of someone’s intelligence and laugh at the joke, when we don’t agree with the person’s politics. Do we also cry foul when people body shame Trump? Some of us do, others may be more tolerant. I don’t know, it would be a good question to ask.

The final thing I have to say about this may also be a little controversial. While I believe strongly in the notion of calling out wrongs, sometimes either the way we do it or when we jump to conclusions before all the facts are in can cause immense damage. There is a lot of power in social media and I can’t claim that I’m immune to the seduction. I ‘m sure I’ve jumped on a random bandwagon in the past with not enough information, so this is also a reminder to me to tread carefully when entering discussions where individuals are called out for their behavior. Facts first.

It is hard to wade through the information sometimes and determine what is a fact and what is a story we are telling ourselves based on whatever might be a trigger for us. A lot of very damaging labels are tossed around sometimes when incorrect assumptions are made. I’ve certainly been on the pointed end of that sword. I need to continue to remind myself to not make sweeping assumptions and I implore others to do the same. In the iconic words of Aretha…R.E.S.P.E.C.T….find out what that means to me….or rather to the world.

Shifting gears…I know y’all want to know all about body hair, so here’s what I learned. It was fascinating:

Whatever y’all choose, keep challenging each other to be the best person you can be, but be kind about it. Kindness costs nothing. I know I am a better person when people challenge me to see a different perspective or call out something that might go sideways. I’d like to think sometimes my books sneak in a challenge here or there, so I encourage you to peek…

4 thoughts on “Naming and Shaming”