Every year I honor my mother in the blog before Mother’s Day. I’ve been doing this since I started my blog four years ago. This will be the fourth year I’ve done this. Sometimes I tell stories about my mother, other times I share the essence of who she was. I’ve talked about her passing and I’ve talked about her struggles with Obsessive Compulsive Disorder and how that influenced my need to write a book with a character a lot like my mother in Captivated. I wanted to portray the quirks I came to appreciate growing up and emphasize that I believe my father loved my mother for her quirks not despite them.

My mother wasn’t perfect. No one is. She struggled for many years after I came out to her and internalized the pain. She also wasn’t very kind in a few of the things she said because sometimes our pain and misinformation causes us to say things we don’t really mean. When you love someone, you forgive. And make no mistake; I loved my mother very much. Ultimately, she was a very kind and compassionate human being who had far more delightful traits than those areas that needed some fine-tuning.

Sometimes that forgiveness takes a little while. Right now, I am trying to muster up enough compassion and forgiveness for a family member who has been diagnosed with bipolar. I started writing about this challenging disorder before my difficulties, and the hurt and pain I experienced recently with this person. I haven’t been able to forgive…yet… I hope to get there eventually, but in the meantime, I wanted to offer up a book that shines the light on bipolar and changes the narrative for both myself and others. The main character in The Dream Catcher is as delightful as my family member. Thus, I hope to someday remember that wonderful person inside the disorder.

Ah, but I digress. I hope you will forgive my tiny bit of ADHD. Today, I would like to share a story about my mother to let you in a little further. My mother was a special education teacher and for many years she used her inherent compassion and talent to teach young kids who for the most part were “dumped” into her classroom at the private school she worked.  Although the children were supposed to be kids who had learning disabilities such as transposing letters, or reading comprehension, what she ended up with was a classroom of emotionally disturbed children. Since these kids were the hardest to place, they ended up in her school, because she would never refuse any child.

Most of the children came from broken families who were undoubtedly under the poverty line.  Not having decent clothing or shoes was the norm. Mom often went shopping and made sure the kids had clean clothes and shoes that fit. Illinois has very harsh winters and I suspect without my mother, many of those kids would have frozen their tushies off waiting for the bus. 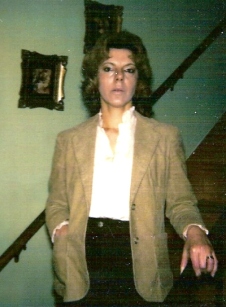 My mother loved Bingo so she employed a rather unconventional technique to get the kids to learn letter and numbers. The kids responded exceptionally well to her teaching technique because she handed out money and candy to the winners. She employed other incentives to learning using money and candy and they all worked. All of this came out of her pocket. I wonder if it cost her more to teach than if she were unemployed. My father was making a lot of money at the time, so I suspect she considered this her way of contributing to society in some small way. 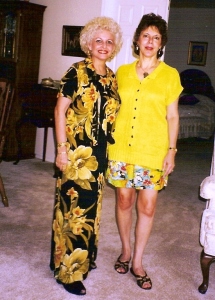 When the school closed because the owner had Alzheimer’s, I think a tiny light extinguished in her heart. She ended up working at the high school as the Executive Assistant to the Assistant Principal who doled out all the discipline. The kids always had great respect for Mom, because there wasn’t a single child on the planet that she couldn’t find redeeming qualities in. She genuinely liked them all, even the ones who acted out. 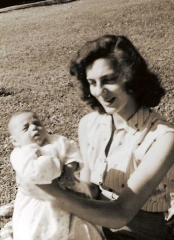 Bottom line, I miss my mother every single day and I suspect so does the entire world. She made a difference and the world is just a tiny bit less wonderful because she is no longer here on earth.

It’s easy to see how my mother and other members of my family have influenced my writing and what I choose to write about. If you are at all curious, you know the drill click one of the links below!

Very excited about my upcoming release and really hope you consider getting this book: Dream Catcher   Listen to Annette read the prologue and 1st chapter of The Dream Catcher here.

A special collaboration between Ali Spooner and Annette Mori, Free to Love, out now!

Don’t miss Alison R. Solomon’s new crime novel, Timing is Everything. Three women’s lives will be changed forever following a hit-and-and run: Wynn, the victim, Gordy, the suspect terrified of being deported, and Kat, best friend to Wynn and in love with Gordy. How can Kat help both her friend and lover if supporting one means selling out the other? The book will release May 20th. You can pre-order here: and read the first chapter here:   Alison is donating 20% of all May 20th sales (including pre-orders) to the Sonia Plotnick Health Fund which provides funding to women for healthcare needs.

Anne Hagan’s, Loving Blue in Red States‘series is available now. This one is ‘Savannah Georgia’. It’s exclusive to Amazon right now so free via KU. https://www.amazon.com/dp/B07CW49RPV. It’s $.99 and free via KU. Her shorts are in KU. Everything else is wide.

Just Beyond the Shining River by Lynnette Beers is a Goldie finalist in the debut novel category. The book tells the story of Gemma Oldfield as she unlocks scandalous family secrets from her late grandmother’s past. The journey to discover the truth leads Gemma to London where she realizes that the matriarch’s past, if revealed, could destroy the Oldfields. In her pursuit to learn more about Nan’s past, Gemma meets an intriguing woman who has the potential to change the course of her life forever. But can Gemma open her heart to love? Is she ready for a new beginning and a chance for true happiness? Available as an e-book and in print, Just Beyond the Shining River can be purchased from Amazon, Bella Books, Nook, and Kobo. For information on how to purchase the book, go to:  http://regalcrest.biz/product/just-beyond-the-shining-river/

Ali and Susan Jenkins have it all. Their life together is mapped out on a one-way path to happiness, that is until Susan is diagnosed with terminal cancer. Ali refuses to accept it – her world is shattered. Susan’s last act of love is to make her wife promise that one day she will open her heart again and let somebody else love her. But will Ali keep her promise? http://getBook.at/ThePromiseCHS

6 thoughts on “My Mother’s Perfect Imperfection”