I am constantly amazed by the posts on Facebook that receive the most action…or maybe I’m not. The topic was not new, we’ve discussed this before. But who wouldn’t want to talk about PANTIES? I was laughing in my chair the whole time I both read and participated in the latest post. The usual suspects who goad me into writing either short stories or blogs about a particular topic didn’t have to spend any time encouraging me to talk about panties. I’ve been licking my chops in preparation for this blog. My mission this time is to weave in the word panties so often, that those readers who hate the word will become numb to it. Maybe, in the same way we are numb to the barrage of insane tweets by our American President. RESIST!

I’m even going to start a #pantiesweek campaign and try to get all my lesfic sisters and brothers (just for you Jesse) to post each day a line from any of their books with the word panties!  It’ll be like Shark Week, a way to desensitize people…you know you can resist watching Shark Week and people won’t be able to resist #pantiesweek.  Beware of the Facebook threads you start…because I cannot resist taking the joke too far! Oh and by the way…my panties are not granny pannies…see below the three styles I have.  All black of course, because you know black is a slimming color. 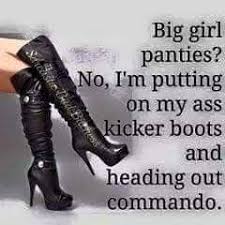 To say I’ve been obsessed with how to approach this subject would be an understatement. Not only did I feel compelled to go on Facebook Live and discuss panties and show the panties I wear (when I wear them), but I had a ridiculous dream the other day about this blog. True story: I dreamed there was an app that displayed the number of times a book contains a certain word and converts it automatically to an excel spreadsheet.  I even saw the word panties in my dream. Now wouldn’t that be convenient? 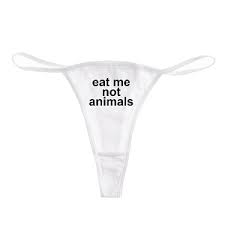 See…I’ve been doing research on how many times I’ve used the word panties in my books. I also looked up every other version of women’s undergarments that I could think of, even the ones I know I’ve never used; just to make sure I am thorough in my results. I even included the absence of panties….commando, in my research. I carefully transferred those results into a spreadsheet which I am sharing with everyone in this blog! My wife, who picks up science journals for her pleasure reading, would be proud. If you remember before, she offered to manage a scientific study on how certain fruits impact…um…the flavor of a woman. Of course, she mentioned this would include height and weight of the subjects, amount of fruit consumed, the duration between tastings, etc (you get the drift). She was quite serious about the scientific pursuit of pineapple consumption.

The other research I am doing is on the origin of the word panties, which I must admit stems from a post by Danna who added a picture of pantaloons. I suspected right away that’s how we Americans developed the slang version of women’s undies.

Here are the results of my oh so careful research: Contrary to what I assumed, pantaloons only share part of the history of panties. Pants became a slang version of the pantaloon which evolved into the diminutive of pants or panties, which meant underpants for women or children. This all happened around 1845. It was also used as a derogatory term for men’s underwear, which later morphed into pantywaist as a demeaning term for a weak or effeminate man. Now here’s a fun fact: The first documented panty raid occurred at Augustana College in Illinois on February 25, 1949. Side note: I was born and raised in Illinois! No wonder I have an affinity for the word panties.

Drum roll…Here are the results of my personal research…No knickers, bloomers or pannies (I am American). As you can see “underwear” is my overall favorite with “panties” a distant second.  And…I really like talking about all kinds of underwear in The Organization, with no surprise, The Ultimate Betrayal in the second spot.

So….have I managed to desensitize those readers who hate the word panties? Because, you know, being the rebel I am, I ‘m not going to stop writing panties in my future books. I quite like the word, much better than undergarments. Yuk!  Or knickers, because I’m not British and don’t think I can pull that one off. What other words should I have looked for? Inquiring minds… I need a new word to poke fun at, so what word would you use to replace PANTIES…muffwear,  beavercap, pleasureblock (although sometimes stroking outside the panty is uber hot), pussypant, buttfloss… Stop me please! 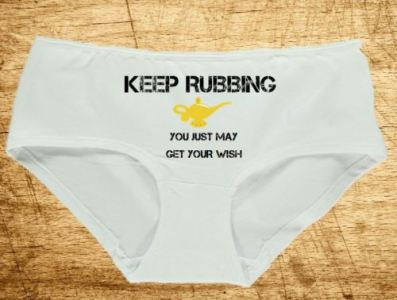 I want to do a special callout for Free To Love that forced us to use undergarments because the term panties would not have been authentic for the time and I’m really hoping people will check this book out because I am so proud of the collaboration I did with Ali Spooner: Free To Love!

If you want to read for yourself how many different ways I describe women’s undergarments…click one or all of the links below! 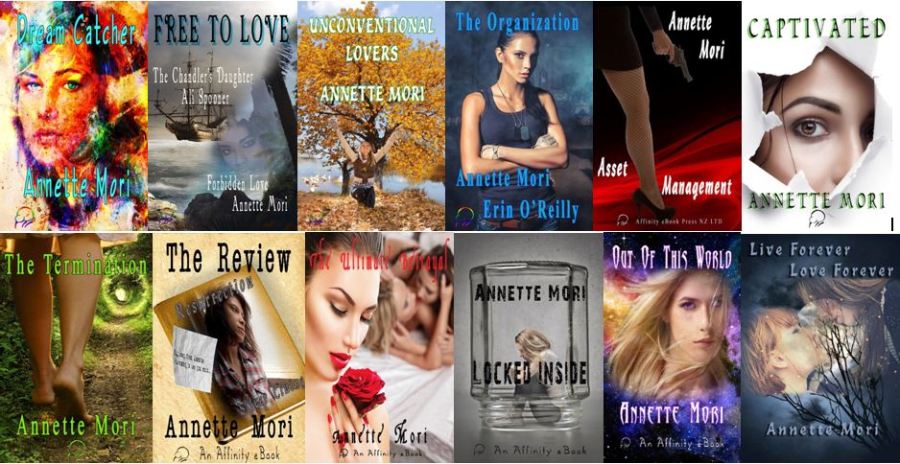 The Lesbian Light Reads, By Elizabeth Andre, Volumes 1-6, Boxed Set is on sale for 99 cents (usually $9.99).
Available now: Shadow Ascending by Prudence MacCleod.
Rescue Her Heart by KC Luck is available now! Two women. One galaxy. As a decorated Space Ranger in the 8th Galaxy, Captain Natalie (Nat) Reynolds has an exciting, albeit lonely, life. Yet, when Nat answers a distress call from a craft in trouble on a nearby planet, it has the possibility of changing the trajectory of her life forever. Catherine Porter is down on her luck in the worst way. Evicted, almost penniless, she worries all hope is lost until a charismatic stranger flies into her life. Inexplicably drawn to the one woman who can possibly save her, Catherine must face feelings she never considered. Will their stars align and lead them to a happily ever after? Or will their differences tear their hearts apart?

Secrets: 99cts sale! There is nowhere to run: Disillusioned with the direction her life is going, Marsha Taylor wants to get away, to find out what’s left of her dreams. Picking up a hitchhiker along the way wasn’t her intention, but Jessie, a woman with troubles of her own, is hard to resist. A mishap on the road forces them to make a stop in a small town called Diamond Lake. Residents are on edge since a brutal murder happened in the area not long ago. Everyone has their secrets…some of them are deadly.