I am renewing my boycott and general displeasure for Elf on the Shelf. Last year I did a blog about how creepy the Elf on the Shelf was and I could not understand the appeal. It reminded me of clowns and I hate clowns. Or even worse, Chucky, remember him?

Last year, my colleague capitulated to the marketing craze and bought an Elf for her young daughter, along with all the accouterments sold in an effort to eke out more money from parents with children who pestered them endlessly until they gave in. Now, remember, we live in Forks, so there isn’t a Wallmart down the road. At first, she wasn’t going to buy the pet, but, yup, you guessed it…on a daily basis, her daughter was asking about an Elf on the Shelf Pet. Finally, she gave in. Because parents always give in after the daily barrage. She has to make a special trip to try to find the pet that is probably sold out. And, this is why I abhor these marketing scams because they set parents up to disappoint their children. Not to mention that not every parent can afford to satisfy the whims of children who are led by intense marketing during the holiday season.

I remember when I was very young and my sister’s greatest desire was Tony the Pony. This was an expensive toy that a child could ride. My parents could not afford this gift. We lived in a trailer park and they barely had enough money when they were first married to feed themselves, much less buy an expensive toy. I’m not sure what my father sacrificed to buy the toy, but he did. And…guess what? My sister didn’t even play with it after the first day. But, I did. I rode that toy every single day. Hmmm…something about the vibrations….

Ah, but I digress. Back to the Elf on the Shelf pet. So, here’s my grievance. The pet choices are: Reindeer, Fox or St. Bernard. Where’s the fluffy kitten? Now, all the dog lovers won’t have an issue with this but dangit what about cat lovers. It’s a conspiracy against lesbians. I know there are a fair number of lesbians who love dogs, but there is also a boatload of cat lovers. Mwah is one of them! 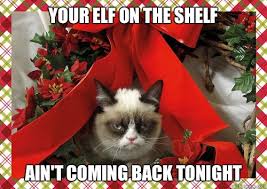 So, my boycott and displeasure for Elf on the Shelf will continue for another year because you haven’t sucked in this dyke with your clever marketing ploy.

Speaking of marketing ploys, I’ll admit my weekly blogs shamelessly contain a final paragraph that markets my books. So…you know the drill, click one of the links below and you are sure to find your way to my books! 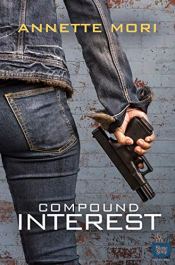 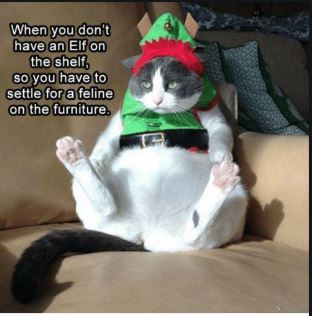 Woo hoo! Day 2 and we are in top 100! Thanks to everyone who has downloaded Heart Strings Attached. Ali and I are soooo grateful for your support!