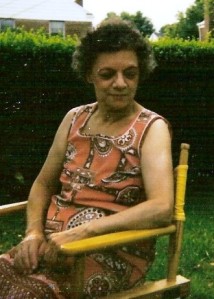 I grew up with a grandmother that some would have called bat shit crazy, but to us she was just eccentric.

My dad likes to tell stories about my grandmother and I must admit to never tiring of hearing this one, but just to set things up a little I’m going to share a few odd quirks about her so you know just what I talking about when I say she was eccentric.

Grandmom never cleaned the basement floor at her townhome. It was some kind of linoleum and she had an ingenious method of caring for the floor. Instead of mopping it she would lay down newspaper and napkins, that way all she had to do was replace the paper products. She send my Uncle to the store every day for napkins, toilet paper and soap. We never ran out of any of those items and when she died we found bars of soap hidden everywhere throughout the townhouse.

She owned a washer dryer but never used it to dry clothes, preferring the method of hand washing everything in bleach, spinning dry the clothes in the washer, and hanging them on clothesline in the basement. It was our jungle to play in as kids. Later I’ll tell the story of why grandmom didn’t use the outside clotheslines like everyone else in Baltimore during the 60’s and 70’s.

Grandmom wasn’t lazy, she was just unique in her cleaning rituals.

So now that I’ve set up some of her eccentricities, here’s my dad’s favorite story to tell.

Sometime in the 60’s my grandmom had procrastinated to the very end while writing out her Christmas cards. Late in the evening on December 23rd, she was finally ready to send them out. She grabbed my dad and told him to travel to downtown Baltimore which was a fair ways away and give them directly to “the boy” at the post office so that the cards would be delivered on time. She gave my father a quarter to give to “the boy” and knowing how obstinate she was, my father pocketed the quarter without arguing with her. He knew of course that no-one would be at the post office at eight o’clock at night.

In the 60’s, the mail service came twice a day and so grandmom patiently waited for the Christmas card she’d sent to the house because of course she had to know if the cards arrived on time. She mailed one to her house as an insurance.

When they didn’t come in the afternoon mail, she promptly called the downtown post office to give them a piece of her mind.

My dad is in the background laughing his ass off. She turns to him and says, “Didn’t you give the boy the quarter I gave you, sonny?”

“Mary,” he patiently explained, “there wasn’t any boy to give the quarter to.”

My dad tells us all that he imagined those post office workers were pulling everyone in to listen to the call from the crazy woman who expected those cards to be delivered on Christmas eve.

For those of you who read my previous post about curly hair, grandmom was the impetus behind the famous Tony home permanents. Here we are side by side and I can tell you that a hairstyle for a 50 year old does not look good on a 3 year old. 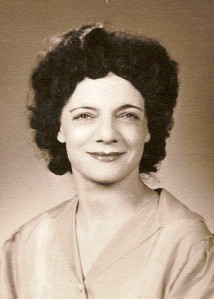 Two more days until my debut novel.  If it tanks, I may have to punish myself with a Tony Home Permanent. 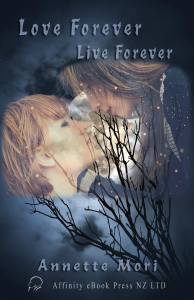